Home » HBD » What Happens When a Physiologist Looks into “HBD” Claims? A Case Study

What Happens When a Physiologist Looks into “HBD” Claims? A Case Study

The Bajau spleen size and better-living-through-evolution story is also a reminder that since the dawn of the theory of evolution, humans have been incredibly creative in coming up with evolutionary and hence genetic narratives and explanations for just about every human trait that can be measured. This effort recycles from time to time and is again reaching a peak in an era when it is possible to quickly and cheaply “genotype” human populations. (Joyner, Boros, and Fink, 2018: 524-525)

Yesterday on Twitter Matt Yglesias—Vox blogger—tweeted out a 2018 paper in which the authors argue that ‘natural selection’ explained the bigger spleens of the Bajau and, consequently, how they could hold their breaths for such a long time (Ilardo et al, 2018). The main claim of the paper is that ‘natural selection’ ‘selected-for’ larger spleens which then increases how much oxygen can be stored. The point of the study was to find out if their exceptional diving abilities had a ‘genetic basis.’ Thankfully, though, a group of physiologists looked into the claims of Ilardo et al (2018) and found their main claims wanting (Joyner, Boros, and Fink, 2018). That’s how easy it is for selectionists: Notice a trait; then work backward and attempt to formulate the best story you can (see Smith, 2016).

These diving capabilities are similar to high-altitude hypoxia—indeed the authors assume that there was an adaptation for breath-hold diving. They compared some Bajau people (n=59) and close neighbors who did not—the Saluan (n=34)—really interact with the water environment. So, using a portable ultrasound machine, they photographed the spleens of the two groups and noted a “clear visual difference” between Bajau spleens and Saluan spleens. The Bajau had spleens about 40-50 cc bigger than the Saluan.

These results suggest a physiological difference between the Bajau and the Saluan that is not solely attributable to a plastic response of the spleen to diving activity. While other unknown environmental factors could potentially explain the observed difference between the groups, genetic factors remain a possibility.

The general idea is that, like blood doping in cyclists, bigger spleens that contract would give the Bajau divers a boost of oxygen-carrying red cells that would make them more successful at underwater-based hunting and gathering. Thus, spleen size was selected for via evolution over the last 1,000 years or so. A few simple back-of-the-envelope calculations about oxygen stores are instructive. A 40 cc bigger spleen that was all red cells and contracted completely with diving might give the Bajau 20 milliliters of extra oxygen. That is about 1% or less of the oxygen stored in the body and lungs of healthy humans.

Joyner and colleagues then go on to note other ethnies who perform similar breath-dives, while also noting that the Bajau routinely perform dives at 5-10 meters for 30 seconds, which while impressive, is something that fit people can do if they train their lung capacity.

Of note, in the famous Japanese and Korean breath-hold divers who have been studied for decades, repeated descents of this depth and duration don’t cause oxygen levels in the blood to fall much (Schagatay, Lodin-Sundstrom, and Abrahamsson 2011; Stanek et al. 1993). Second, repeated dives of this duration with brief periods of rest only cause whole-body oxygen consumption to rise to the level seen during a brisk walk or slow jog (Craig and Medd 1968). This is hardly the sort of maximum efforts made by deep-diving seals, competitive breath-hold divers, and blood-doping cyclists. The extra oxygen from a slightly larger spleen could easily be generated by a slightly larger breath prior to starting the dive.

It is incredibly easy to think up just-so stories for anything you notice (e.g., my just-so story on Mesoamerican human sacrifices). The Bajau learn to do breath-dive like that—it is an acquired ability. ALL human traits are experience-dependent and plastic, but obviously not to the same degrees.

The spleen is a blood filter. Being a blood filter, if it can filter MORE blood by being bigger, then it will give the individual whose spleen it is an advantage at certain tasks. It sits upper-left part of the abdomen and is protected by the rib cage while also being a place for blood cell storage (Pernar and Tavakkoli, 2019). The spleen acts as a reservoir of oxygen storing “‘thick blood’ rich in cells” so that when the diving animal the oxygen levels are stressed, the body has the reservoir of extra oxygen (Milton, 2004). Esperson et al (2002) also note how the spleen acts as a reservoir of red blood cells, while the contraction of the spleen causes extra hemoglobin production after exposure to diving events.

When a diver submerges their body in the water, two things happen: bradycardia—slower heart rate and vasoconstriction—the narrowing of arteries. The increase in water pressure further causes blood shift—an extension of vasoconstriction which allows us to dive deeply and the spleen effect—meaning that the spleen of divers shrinks which then releases the stored RBCs into the body, allowing for prolonged diving. So, if we look at this in regard to the Bajau, their large spleen shrinks and since their spleen is large due to the number of RBCs it has, it would then follow that as they deep-dive the spleen would shrink (known as splenic contraction) causing the release of the RBCs into the body, allowing for the deep-diving phenotype. Thus, without the blood shift and spleen effect, divers would not be able to dive to such deep depths. (See Gooden, 1994.) The mammalian dive response has, also, been hypothesized to be a reflex to preserve life (Panneton, 2013).

Lastly, the “HBDers” in the comments on Yglesias’ tweet said the same ol’ predictable things. Such as “human spleen growth is complex and due to what the stereotypes of a group’s spleen size are”; “of course it’s true!”; “variation in spleen size within groups is greater than variation in spleen size within groups”; “spleens are a social construct”; “evolution only happened in humans below the neck”; etc. These are the same ol’ sayings that come out from “HBDers” whenever a finding like this comes out. And, you can tell that they are ignorant to the anatomy/physiology of this stuff. They just jump on anything that they can say “HBD is real!!” as if anyone denies that humans are biologically diverse (like when the Rushton retraction came ‘it doesn’t mean that HBD isn’t true!). They move and weave different definitions of ‘HBD’ to fit their needs.

Such storytelling can be done for any trait, as noted by Smith (2016). One can think up selectionist stories and competing ideas for the evolution of traits, but without a way of ajudicating between two stories. One of the best definitions of just-so stories I am aware of is from Not in Our Genes (Lewontin, Rose, and Kamin, 1984: 258-262) cited in Smith (2016). Just-so stories:

predicate a genetically determined contrast in the past…unstated assumption that genes may arise with any arbitrarily complicated action needed by the theory…insulated from any possibility of being contradicted by fact…. If one is allowed to invent genes with arbitrary complicated effects on phenotype and then to invent adaptive stories about the unrecoverable past of human history, all phenomena, real and imaginary, can be explained.

So what happens when a physiologist looks into “HBD” claims? They are found very, very wanting. 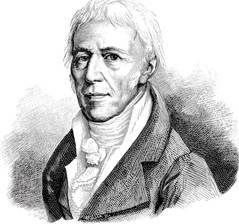